In its 47th season, the game-changing Canadian Brass has performed in virtually every major concert hall in the world, been seen by hundreds of millions of people on television, sold 2 million of its approximately 130 albums worldwide, and contributed over 600 new works and arrangements to the brass quintet repertoire. Renowned for genre-bending versatility and joyous performances, the award-winning Brass is almost single-handedly responsible for elevating the art of the brass quintet to what it is today.

It was only natural that they would also adopt BlackBinder onto their toolset as it’s the most feature rich App out there and with a game-changing feature itself: the Automatic Scroll. Once they became familiar with the App, they started to use it frequently in their performances as it allows them to really free themselves from any page-turning device, and to collaborate among themselves with annotations.

As their also natural evolution historically lead them to publish and sell their own sheet music online, it was also a logical next step to also be one of the first publishers and composers  to sell online a significant number of their sheet music online with BlackBinder. Like they say: “BlackBinder is a new digital format for working with sheet music that eliminates page turns!  With an iPad and the FREE BlackBinder app, your music will scroll with you as you play!”

Canadian Brass is made up of five extraordinary talents: visionary founder, tuba legend and business specialist Chuck Daellenbach plus four top brass stars—Caleb Hudson and Christopher Coletti (trumpets), Achilles Liarmakopoulos (trombone) and Bernhard Scully (horn). Beyond their unparalleled musicality, each player possesses the creativity, good humor and love of performing that is the ensemble’s hallmark. In addition to a non-stop touring and recording schedule, Canadian Brass is continually innovating to expand the brass repertoire, satisfy and challenge a loyal fan base, and use new media to connect to audiences worldwide.

They provide extensive educational outreach under the banners «Effortless Performance» and «Shape Your Musical Destiny,» the latter which helps emerging musicians navigate the brave new world of self-production and promotion, where BlackBinder definitely shortens the path as the sheet music format from the future making the scores available immediately.

Their store is a product of the Brass’ long and rich history, and they provide printed music, that appeal to educators, students, performers and people that just LOVE brass music. With BlackBinder, they just made it even easier to reach musicians around the globe! 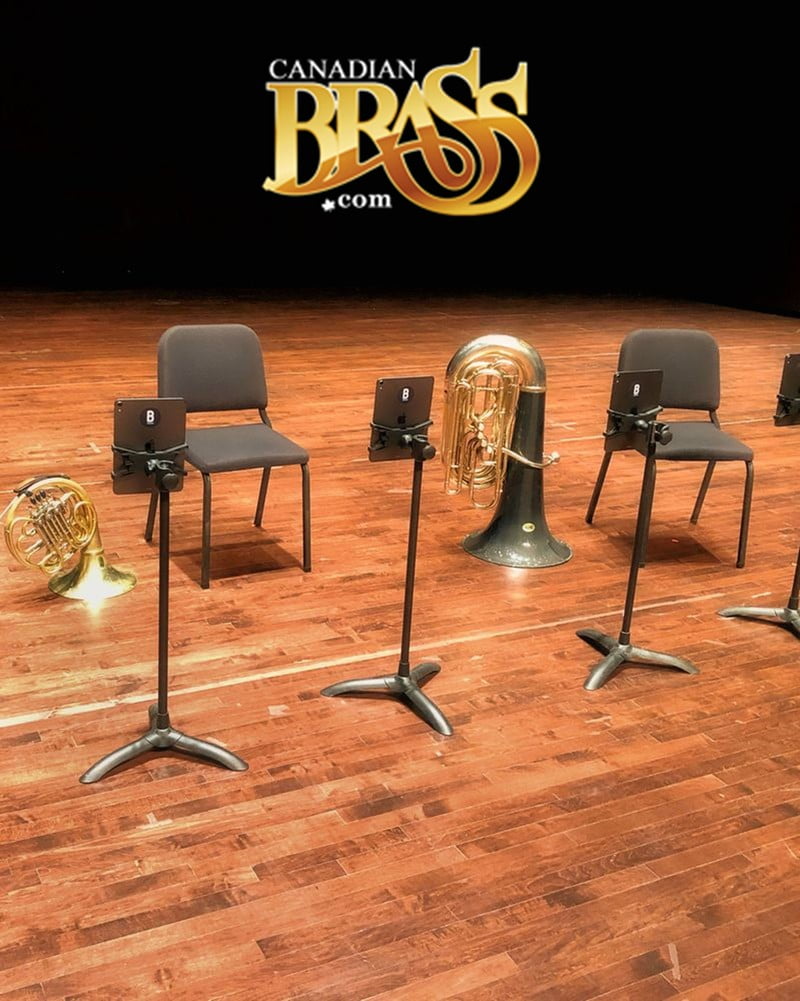 Some examples of how Canadian Brass Store makes the most out of the App.

WHY DOES HE PUBLISH ON BLACKBINDER.

“Blackbinder is a new digital format for working with sheet music that eliminates page turns!  With an iPad and the FREE BlackBinder app, your music will scroll with you as you play!”

% Of the musicians want to use iPads again to read music

Do you think that digital scores on iPads will replace traditional sheet music? 80%
Were you satisfied with the Newzik experience? 92%
Would you like to use iPads again for a next concert? 100%