The Music Publishing House Boileau is the oldest active music publishing house in Spain. Its founder, Boileau Alessio Bernasconi, inaugurated it in 1913 from the work in his workshop of engraving and printing. Since then, for over a hundred years, its catalog has expanded to collect more than 3800 titles.

Under the tutelage of four generations has witnessed and has been able to adapt to different historical moments more or less turbulent, it has been an observer of the inherent technological evolution involved in the fact of being in service for more than a century, has followed the musical orientations and the prevailing tastes of the society that it has served at all times, and has had an active participation in the social, musical and cultural life of the city. In addition, it remains in the memories of most of the music students of our territory, many of them have started their studies with the materials of the publisher.

By adopting BlackBinder as another format to distribute it’s sheet music online, Boileau Publishing House stays ahead of the curve by being one of the early adopters in the sheet music publishing world.

Alessio Boileau Bernasconi was born in Verona in 1875. He moved to Barcelona  in 1904 to be incorporated into an active musical society. He founded the Workshops of Music Engraving and Printing A. Boileau & Bernasconi, dedicated primarily to printing commissioned works and quickly the prestige reached at the workshop earned him commissions for other publishing houses in Spain, as Dotesio or Erviti, and even for some French publishing houses as Salabert or Durand. In 1913 he changed the name to Music Publishing House Boileau, preserved until today. With the desire to expand its catalog, he began to publish works of study and expanded his repertoire.

During the last hundred years, the publishing house has published approximately 3800 titles, like scores, books and CDs. The largest production still being the scores, in all its varieties. The importance to the publishing house given by the musicology is manifested in the fact that its reference appears in major dictionaries and specialized encyclopedias. Over time, the ways of working have changed. In 1993 was the last year that engraved plates for print scores were used.  The introduction of new technologies in printing processes has made it possible to multiply the number of copies to edit, either new titles or reprints, and Boileau has adapted well to these new times, with the last move to BlackBinder as format of choice to distribute and sell sheet music online with game-changing features such as the Automatic Scroll. 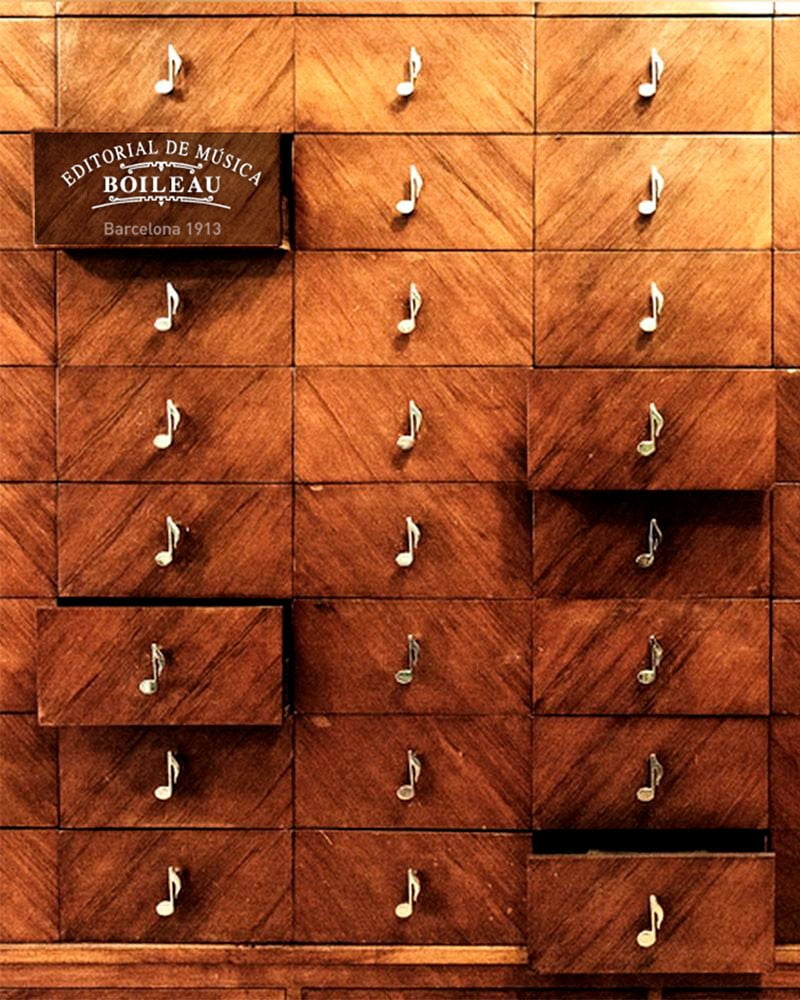 WHY DO THEY PUBLISH AND SELL WITH BLACKBINDER.

“In just over a century has gone from heavy lithographic stones and plates to computer, but the Publishing House Boileau has adapted very well to these times, while staying loyal to the music.”