David Rejano appears frequently as a soloist at the Festival Européen du Trombone, Concours National de Trombone de France, Sapporo Festival, Summer Brass Festival or the International Trombone Festival, as well as with top orchestras like the Vancouver Symphony or the LAPhil. He frequently works together with Zubin Mehta, Gustavo Dudamel and Valery Gergiev. As a sought-after teacher, David gives Masterclasses as well as coaches youth orchestras all over the world in Japan, France, Germany, South Korea, Austria, USA, Guatemala and China.

David Rejano (1982) was born in Badajoz, Spain, and initially studied music at the Conservatory in Madrid. Then he moved to the Conservatoire National Supérieur de Musique et de Danse de Paris, with professor Gilles Millière, where he graduated with the “Diplôme de Formation Supérieur – Mention très bien à l’unanimité” and the “Prix Spécial du Jury”. He was a member of the European Union Youth Orchestra -EUYO- and the WestEastern Divan Orchestra -WEDO- (with Daniel Barenboim and Pierre Boulez). David Rejano is a Bach Performing Artist. 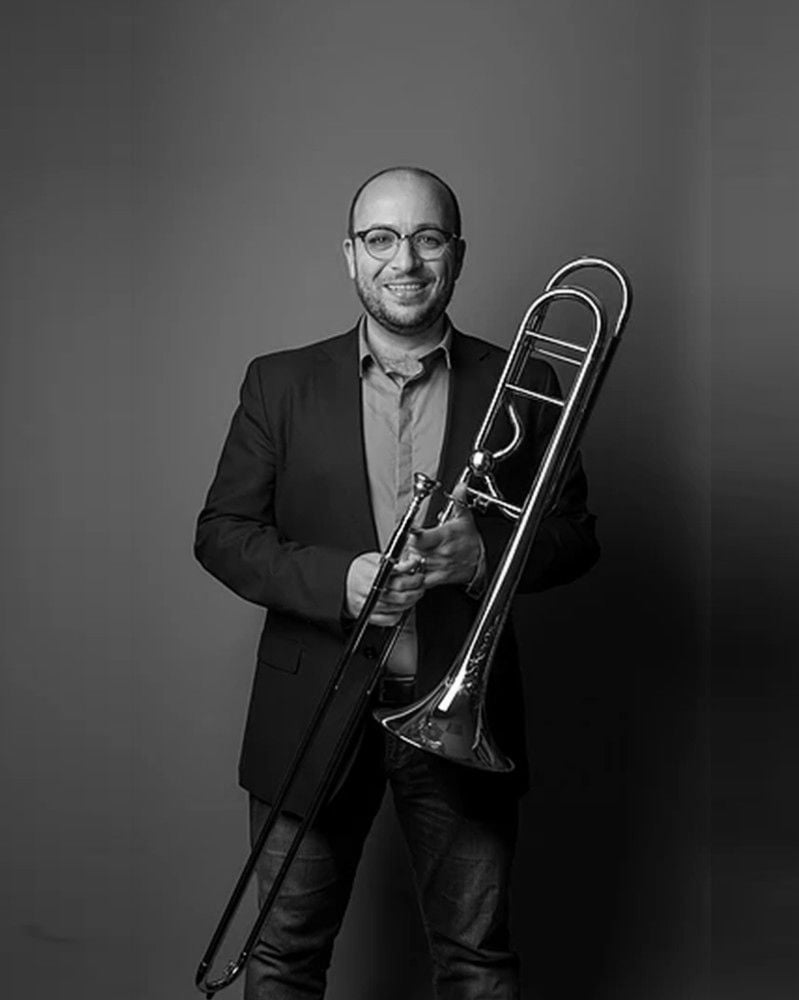